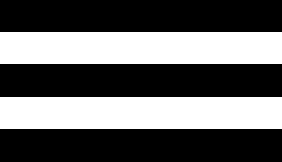 These watercolor paintings on canvas conjure a stunning and enigmatic world of costume, courtly manners and fine finishes defined by colorful washes and sensitively rendered drawings. On another level, Sellmann’s work hints at conflicts in the rise of the individual, both historically and metaphorically, in today’s world.

Originally from Munich, Germany, Sellmann has lived in New York since 1999, having received her MFA at Hunter College in 2002. The work in this show marks a departure from her previous, pop-inspired pictures; moving into more philosophical, and at times disquieting territory. Her whimsical lines invite, her washes expose. The essence of figures and their world is communicated, the decorative elements still intact. She allows colors to spread across the paper, but doesn’t mix her hue. Instead, she plays with saturation of color. Like Lisa Yuskavage or John Currin, she is both attracted to the sensuousness of figurative painting and engaged in a conversation with European master paintings.

Through layers of transparent washes, Sellmann creates translucent allusions to Old Master paintings; elaborately costumed figures are formally posed in isolating environments of color and shadow. The restricted mobility of the postures and clothing follows a courtly etiquette and refers to classical Baroque portraiture. The younger sitters fuss, not having yet adjusted to their poses or corsets. Older subjects, however, have conformed to the rigid formality required by their costumes, indicating an acceptance of social position and the attitude that goes along with it. At times parts of the body of the subject, a breast, an underarm, or a thigh is exposed through the washy layers of fabric that supposedly cover them; making them appear naked, not nude. The characters in the paintings do not disrobe, they are visible within, not behind or without, their clothes. The beauty of the figures and their carefully constructed world are shadowed by this sense of unease.

Referring to the Baroque period is not simply an aesthetic choice. Sellmann sees it specifically as the beginning of modern times; the period in Western Europe when the philosophical writings of Lock, Hume, Newton and Voltaire extolled the cultivation of the human mind, and stressed individual skepticism and experience over superstition. At the same time, highly structured and complicated social rituals, an interest in perfected appearance and a strict formulaic mode of communication marked this period as well.

Using subject matter and formal technique, Sellmann investigates the experience of social roles and external appearances. In a metaphorical way, the paintings point at the general struggle to fit into demanding roles placed upon us from within and without. The conflict arises when we consider both the binding nature and necessity of these roles. The arbitrariness of these roles as mere “shells” may be revealed, but they remain necessary because we must inhabit them in order to engage the world around us.

The works on display at Derek Eller, 526-30 West 25th Street, from the 15 of October through the 15 of November dare to pose certain questions, including what are the confines of social posturing, and how necessary are they? The resolution of these questions is found in both formal technique and theoretical idea: the subjects are exposed through light layers of paint or softened shading of charcoal. Although the translucent washes challenge the solidity of the costumes and armor, we must look into, not beyond, the surface to see what inhabits it.

Bettina Sellmann gives us her answer in the act of painting and the freedom we find in life if we recognize the shells for what they are: unbinding facades. “The moment of FREEDOM”, however, “is the moment when you choose where to put the brush. The infinite possibility that reminds you that in life you are truly free to do what you want.” 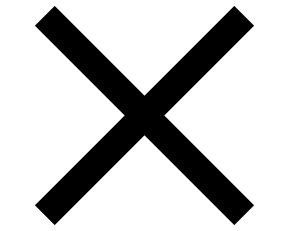